Since the invention of the map game, no-one ever seems to have made a successful map game set in the present time. This is because it's so hard to do without offending people's political views. Well, this mapgame explores a modern world, yes, but because it's had a slightly different setting (previous history) there is no chance of offence unless it is deliberately caused. Please read the rules and regulations before you play. Other than that... Have fun!!! Please read through the history page before you play for more detail on the setting.

Please go to the link below to read the rules. Failure to adhere to them could result in a ban.

Write on the talk page to apply for moderator, providing some valid information. If you are biased, implausible, a or generally bad moderator you will be removed immediately.

NB: Moderators are allowed to be mapmakers as a second responsibility

The Mapmakers decision on Countries is final, but any problems, and you can complain at the complaints section. The Mapmakers can ignore you if you are wrong.

NB: A mapmaker's talk page will be made for the mapmakers to confer and for players to prompt border changes.

New turns will start between 8:30 and 9:30. However, they will sometimes be delayed and another moderator will have to post during certain holidays. I will try to warn you if a turn is going to be delayed but may not always be able to. There will be no turn (probably) on New Year's Day. Also, if by popular demand the turn is delayed because of a certain day, event or religious observance, I will resume the map game from exactly where we left off. Depending on the number of users I will warn the players when the game is about to resume. If you are unable to post for 5 turns in a row then please warn me. Each turn will be 1 day real time and 1 year in-game time.

As the game progresses new nations and factions may develop so watch out for the new countries! If you have a request for a country then please say so on the talk page and wait for confirmation from the moderators. If they say yes, please put the countries name up on the nations list below if I have not already got round to doing so.

Next to each country will be a power rating as shown below.

The game will start when 7 people have joined, after November 2016. 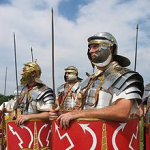 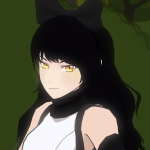