The German Civil War is an ongoing multi-sided civil war in Germany between the US-backed Left-Wing revolutionaries/ armed militias, Rüdebusch's nationalist/fascist forces and what remains of the German government. There is currently a UN-backed ceasefire in action, however due to the extremely complicated borders and communities supporting each side.

The conflict arose in 2028 after Josef Rüdebusch, Chief of the German Army and a notable anti-immigration nationalist conspired with other high ranking members of the German Navy & Air Force. He organized a coup, and at 8:12 pm on the night of 10th August, he coordinated a series of uprisings across the state of Germany, leading a right-wing coalition across the spectrum of nationalists, conservatives, euroskeptics and fascists, even some socialists.

The German government, with most of its armed forces supporting Rüdebusch's coup, struggled to stabilize the situation, requesting foreign aid from the European Union, which was gladly given. Even then, the government's position was centre-left, not enough to please the radicals, who rose up in workers strikes and eventually forming a left-wing alliance, with its core in the Rhineland, and the city of Frankfurt as its capital.

By now the civil war had reached worldwide attention, and in so, encouraged left & right wing activists across the world to fight in the civil war for their respective side, with some governments even sponsoring these actions and sending volunteer divisions abroad + funding factions of the war. 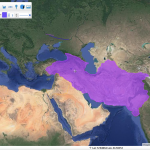