Welcome to Shattered Stars and Stripes. America is a broken nation. It has been over a month since the bombs exploded within the silos on August 9, 2017, while simultaneously DC was destroyed. In the aftermath the nation was sent into chaos. A week later, UN security forces arrived to secure international interests and the National Guards of each state took over in the weeks that followed. The US lies in the verge of collapse. Other nations now lay eyes on America for either their own benefit or to restore the Union. The US lies in the brink of the Second American Civil War. Are you the spark that will set it off?

In 2012, President Mitt Romney became elected winning over then president Barrack Obama. In 2013, he begins to repeal some of Obama's policies and begins to send the country toward a more right-wing state. He invades Syria, much to the dismay of the Russians. The Russians decide to declare war on the US and then the Russo-American War begins. This sets off a brutal war between the two countries, thus in the end, with America emerging the final victor by 2015. In 2017, a Russian general named Vladimir Orakov plans to restore Russia to its Soviet Era power, and he hires a rogue Chinese hacker and gets help from a terrorist organization called the Warriors of Freedom(WoF), a terrorist organization dedicated to replacing what they perceive as a "corporate controlled US government". The Chinese hacker hacks the US strategic arsenal causing the nuclear missiles to explode inside the silos, thus causing an environmental disaster. This is simultaneously followed by a nuclear terrorist attack by the WoF on Washington DC, killing the President and most of the US leadership. This sends the US into an anarchy as UN security forces arrive a week after the terrorist strikes. This is followed by foreign forces and Vladimir Orakov launches a coup in Russia, thus deciding to challenge what little remains of the US government, in revenge for the Russo-American War. China decides to join Russia's side. Mexico tries to reclaim its lost land and Canada goes in a grab for the Northern US. The National Guards of each state took over and the US now is on the verge of collapse. The Second American Civil War is about to begin. 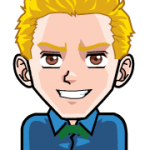