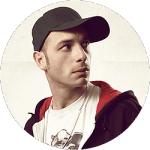 Born in Rocca d'Evandro, a small town in the Italian province of Caserta, on September 22, 1997, I lived there for 4 years, before moving to Lugano, Switzerland for another 2 years, and finally settled in Vancouver, Canada.

I do see myself as more Italian than Polish solely due to the fact that most of my Polish family lives in Poland, and the ones that did move here live in Toronto and Montreal aside from 1 Uncle, 1 Aunt and my Polish Grandparents. On my Italian Side however, there are 5 Aunts and Uncles and 8 Cousins who live here in Vancouver with me, so I spend a lot more time with them, which is why my Polish has been lacking, hell, even my Italian has been lacking since I speak English for the most part.

I am a Democratic Socialist. I advocate a socialist system under democratic principles.

I am a catholic. Baptized and Confirmed, I attend church regularly. Although there are some things I disagree with (such as fornication, abortion and prostitution), I am a regularly practicing Catholic.

Pislya Yalti V2 - A reboot of my first timeline on this wiki as a 1-year anniversary type-deal of me being on this wiki. After this is completed, I will finish Stars and Sickles, and then move on to other timelines.

Stars and Sickles - Alternate timeline of the Cold War.

Pislya Yalti - still has a lot of work to go, but on Hiatus since i'm redoing my old Timeline, must consult me if anyone wants to create or edit a page. (ON HIATUS)

High Castle - An Alternate history similar to Fatherland, a Fatherland 2.0 if you will.

Retrieved from "https://alternate-future.fandom.com/wiki/User:Scopatore?oldid=16439"
Community content is available under CC-BY-SA unless otherwise noted.